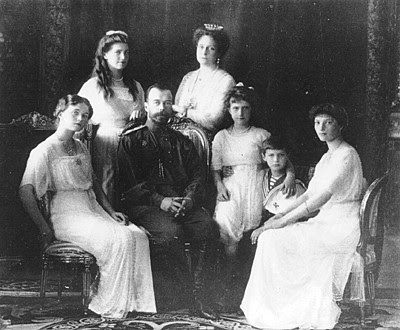 The calamitous end of the Romanov family has always been an obsession of mine. The fact that not all of the bones of the imperial family were located lead me to be a strong believer in the conspiracy theory of Anastasia Anderson. I read many books and articles believing the claims made by this woman that she was in fact the only surviving member of this dynasty. A book I still have in my collection is Anastasia The Riddle of Anna Anderson by Peter Kurth. What is interesting about his research is the evidence from the German trials that sought to settle the claims. The real question Mr. Kurth delves into is who was this woman who created a reasonable doubt and what evidence did she have.

Through DNA it has now been confirmed that the entire Romanov family’s remains including the two that were not originally found with the rest of the family are accounted for. The royal family has been canonized by the Russian Orthodox Church and reburied in the Peter and Paul Fortress. 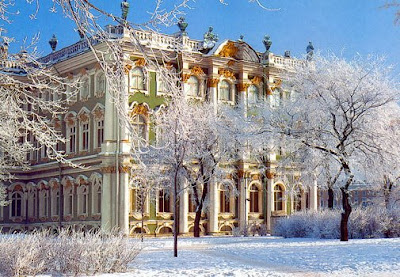 I have had the good fortune of visiting Russia. After spending a week Moscow I boarded a very early train that would take me to St. Petersburg. It was March and it was cold and grey. Right when I arrived to the Winter Palace a light snow started to falling.


Toby Faber does an excellent job of capturing this lush elegance of royal life by telling the story of the Romanov family using the yearly commissioned Fabergé Easter egg as a timeline. In Faberge's Eggs, Faber describes in awed detail the stories surrounding the craftsmanship and inspiration for each Easter Egg. Originally commissioned by Czar Alexander III to gift to his wife Marie Fedorovna, the tradition was maintained by Nicholas II for his mother and wife the Tsarina Alexandra. Although not all of the original Egg’s have survived, details on 50 of these collectibles has. The story of the Romanov’s lives continues to hold my interest reinventing itself in a new point of view.

To order a copy of Toby Faber's book- or other titles related to this post- Please click my Amazon Store
Posted by Ren- Lady Of The Arts No comments: 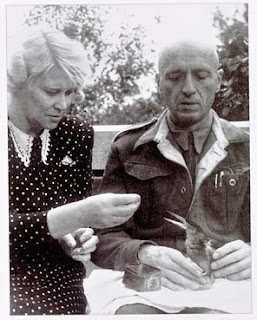 Diane Ackerman is an excellent writer who writes with intimacy about human and animal behavior. Her novel The Zookeeper’s Wife transforms the reader into an observer of a world we have all heard of but few of us have viewed through more than a foggy peephole. Based largely on the diary and loose notes of Antonia Zabinska, the wife of the Polish zookeeper of the Warsaw Zoo from 1929 until the Nazi invasion of Warsaw in 1939; it relays the story of Christian Poles who fought in the resistance against the Nazis.
During a time when the Nazis occupied Poland seeking to eliminate all traces of its culture and annihilate upwards of 500,000 of its inhabitants, resistance was prevalent. “The Polish Underground in Warsaw, [] fielded 70,000 fighters in 1944” (173) and was responsible for sabotaging many German efforts to murder the Jewish population. At a time when being caught hiding a Jew was punishable not only by immediate death, but the murder of ones entire family, countless Polish Christians defied the Nazis, helping save thousands of lives. It is estimated that there was upward of 28,000 Jews in hiding in 1944 and “70,000- 90,000 people who were helping them”. (173) Ms. Ackerman relays the story of one family, the Zabinskis and their participation in the Polish Underground and concealment of over three hundred Jews in the Warsaw Zoo.

Through the use of her personal writing Ms. Ackerman describes Antonia’s life in Warsaw throughout the war. The story is told often through the thoughts and observation Antonia wrote down. Her words are entwined with the meticulous research that Ms. Ackerman conducted on all things conveyed within the story. What is captured vividly is an unwavering force of opposition by the educated classes in whose circles Jan and Antonia were a part of. In an intellectually inspired spirit the people described in this story, whether university educated or simply morally offended, go through the motions necessary to help Jews, defying the laws of their German oppressors. The story shows a sense of automatic moral obligation by those who participated, in varying degrees, to the salvaging of Jewish lives. The action of these heroes is tangible in the resolute way they conduct their lives, during the war, while seamlessly including the saving of lives.

Told from a point of view that is often overlooked in Holocaust accounts Ms. Ackerman captures the innate good in humans. Through her research of history, customs, folklore, religion and traditions Ms. Ackerman writes a flattering portrayal of Poland and its people before and during WWII.
Here is a review by Susie Linfield:
http://www.washingtonpost.com/wp-dyn/content/article/2007/09/13/AR2007091301895_pf.html
Posted by Ren- Lady Of The Arts No comments: