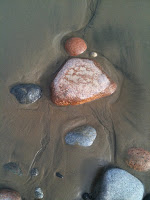 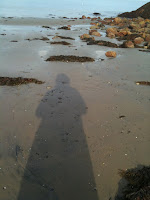 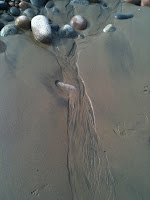 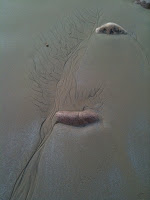 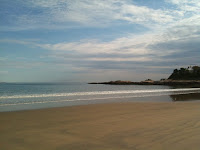 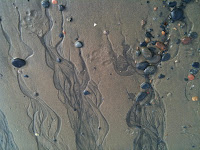 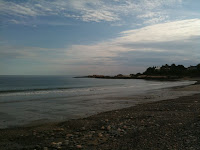 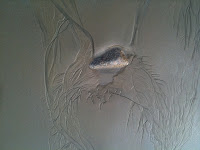 Posted by Ren- Lady Of The Arts No comments:

Email ThisBlogThis!Share to TwitterShare to FacebookShare to Pinterest
Labels: Photography 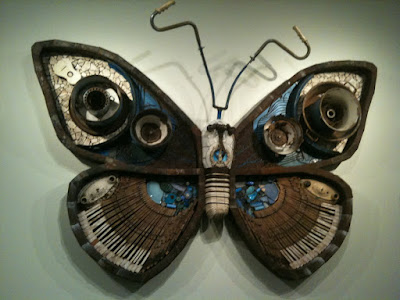 Salem, Massachusetts is different in October than it is in any other month of the year. It’s historic relevance to the infamous Salem witch trials in 1692 makes this seaport town particularly colorful in the days leading up to All Hallows Eve.
The commercial holiday and tourist attractions that overwhelm the senses are not what attract most people during the rest of the year. One of North America’s most affluent and noteworthy seaports for two hundred years, Salem merchants founded the Peabody Essex Museum in 1799. Known for it’s large collection of nearly a million objects the PEM is a mix of historical artifacts and contemporary works.

Running from now until June 1st, 2010 is a truly remarkable exhibition 'Trash Menagerie' which features one of my favorite art media’s: recycled materials. Also known as Assemblage art, Found object and Junk art, the exhibition features over 30 works of art made from recycled materials.
Taking place in the museums interactive Art & Nature Center it is geared towards children with vicious irony not lost on an adult audience.

Cuddly and cute is the 13 inch Filter Rabbit, (Tom Deininger, 2000), housed in a glass case which upon closer inspection reveals that the bunny is made of hundreds of cigarette filters. 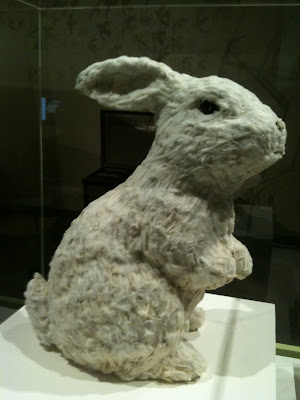 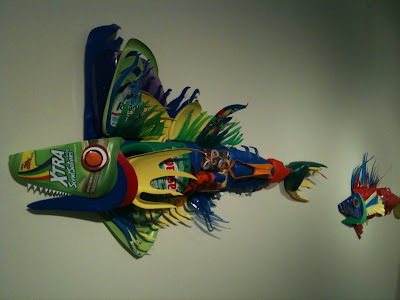 Several of the artist in the exhibition use recycled plastic to depict sea creatures creating art work from one of the most ominous materials to ocean dwellers. 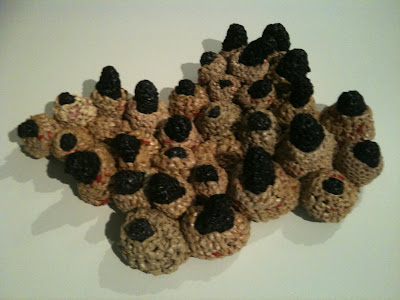 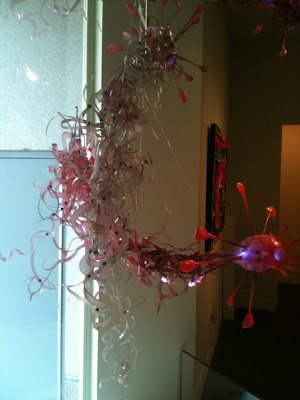 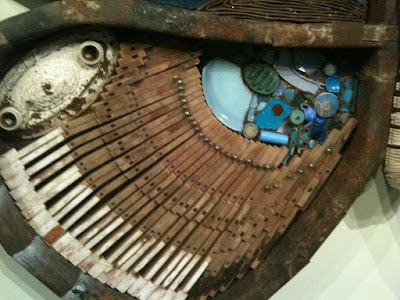 The work which impressed me the most is Michelle Stitzlein’s Sulphur Blue Smeck (2005). Using such materials as piano keys, bicycle parts, broken china and wire Stitzlein writes that she “strives to use and reuse society’s waste in an imaginative way.” She goes on to say that “butterflies and moths are quintessential mascots of recycling“as they are “commonly thought of as unattractive worms, [but] caterpillars undergo a natural alteration into new bewitching winged creatures.”
The PEA’s Creative Creatures interactive (I have included a link) is a great way to learn more about the earth and artists who create with recycled materials.
Posted by Ren- Lady Of The Arts No comments: